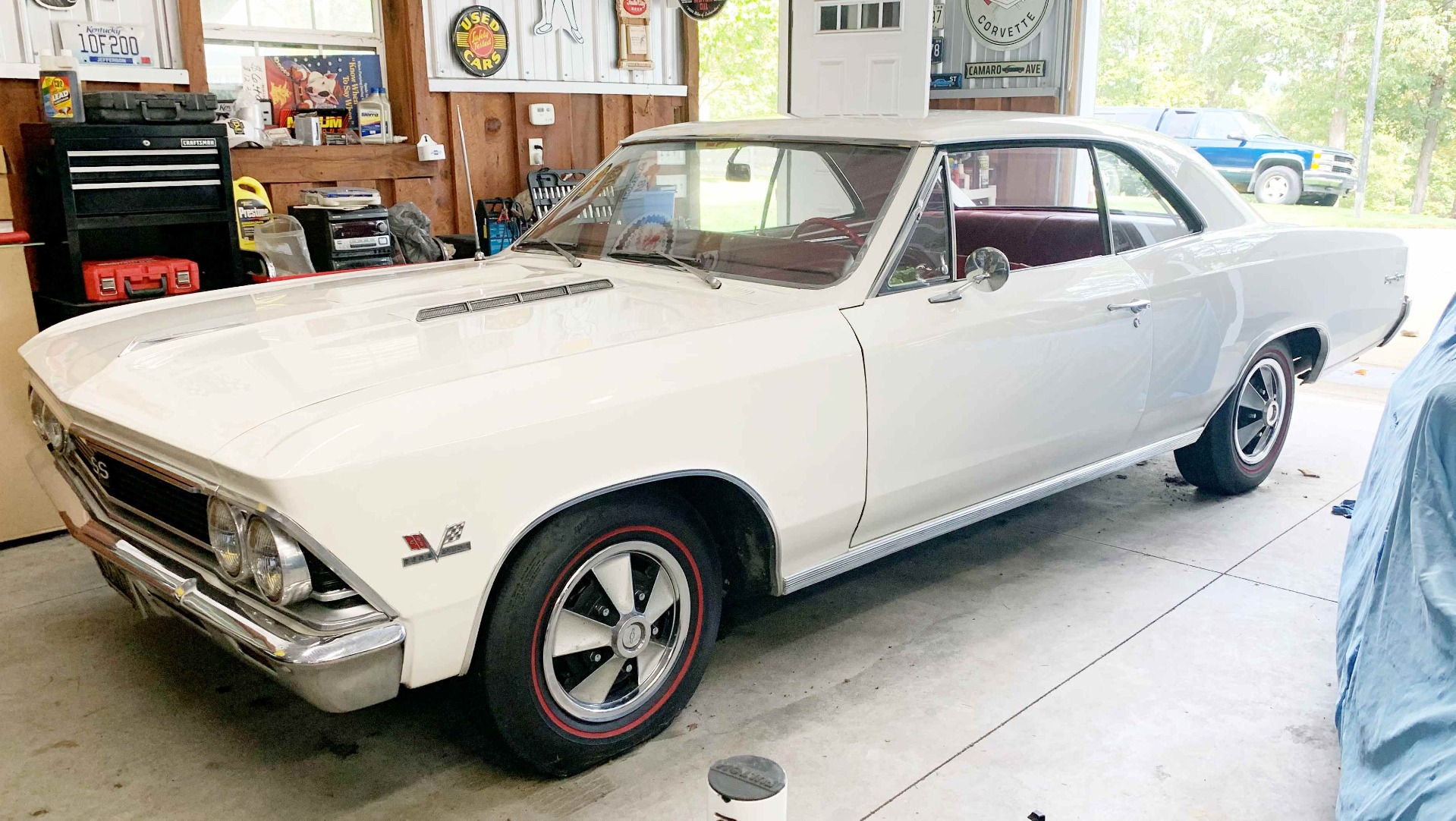 Meet Speedy!  Thats right, this 1966 Chevelle was named Speedy and will be sold as a pair along with its mate, a 1968 Camaro named Snoopy. 1968 Camaro is here:
https://www.classicladymotors.com/used-vehicle-1968-chevrolet-camaro-ss-c-184.htm

Both cars were purchased brand new in 1966 and 1968. A couple who lived in California, kept these cars until just a few years ago when they moved to Kentucky. He purchased the 66 Chevelle and she purchased the 68 Camaro. She named each car and affectionately labeled the keys Speedy Ignition, Snoopy Trunk etc. Both cars have been together since Day One and it was promised to sell them together a pair.

Cars were well maintained and kept garaged and still are today. They reside with the 2nd owner in Kentucky.

This 1966 has the Ermine White exterior (code CC) and has had one repaint. Paint presents in above average condition. Trim is the base SS Deluxe trim. The interior is Medium Red (code 747) with a bench seat and the red painted dash. All interior components are mostly original except for the carpet, headliner, and front seat was recovered. Interior still looks new.

Engine is the original 396/325 HP and has the smog pump that California required. Transmission is automatic with a column shift.

It will be fun to own a great pair of cars with an interesting history. Both cars have all of the original paperwork. These cars are in Kentucky and can be viewed by appointment only. 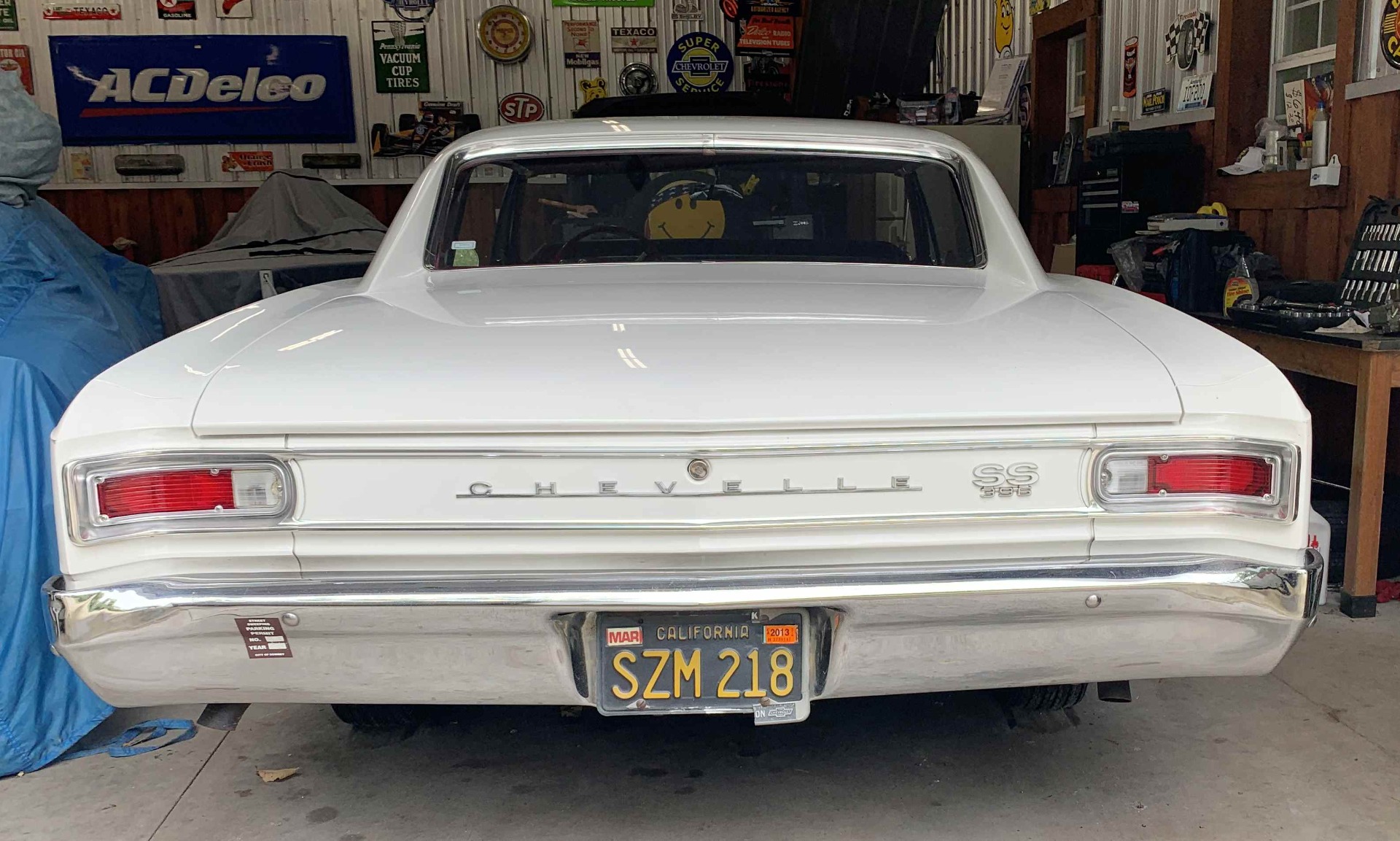 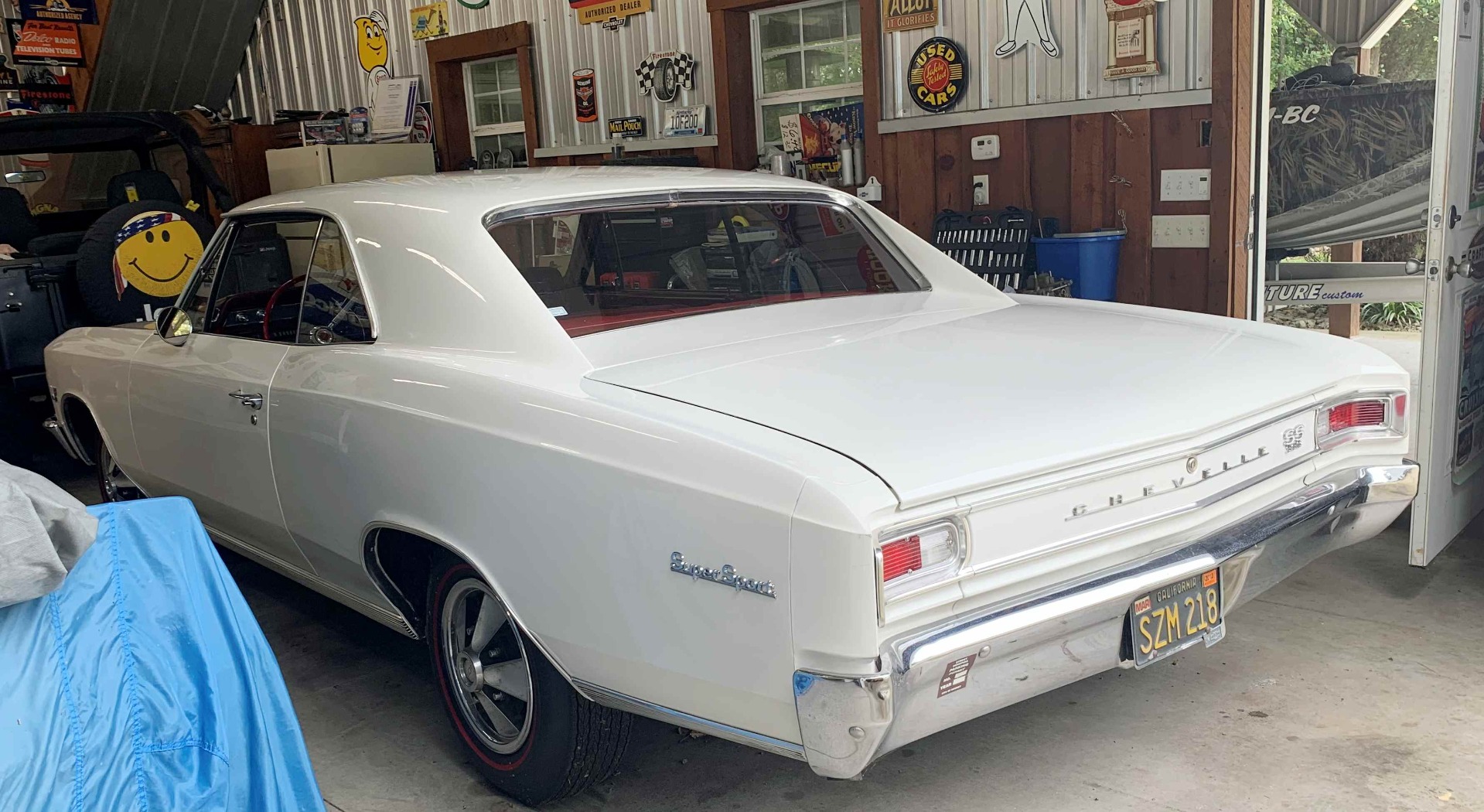 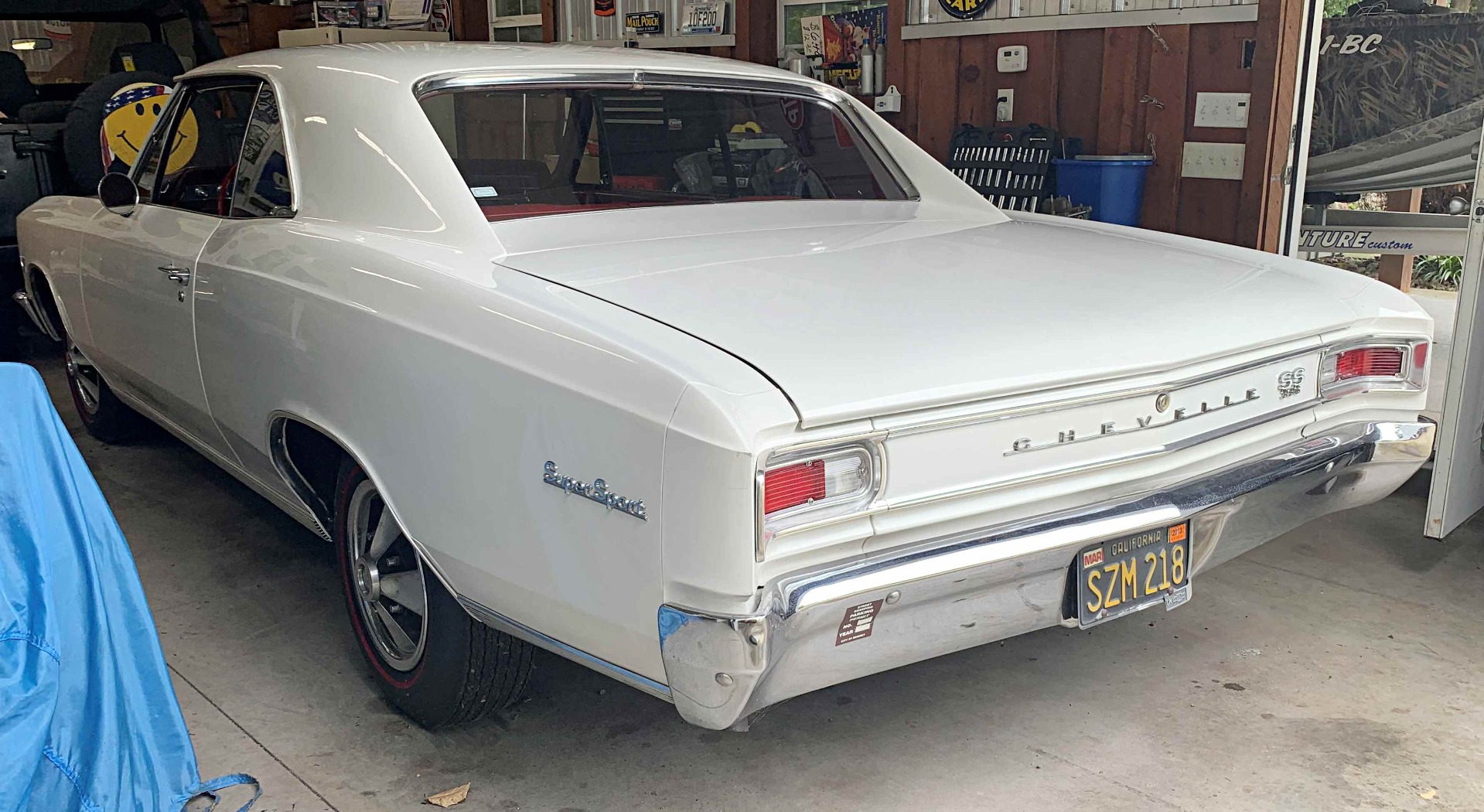