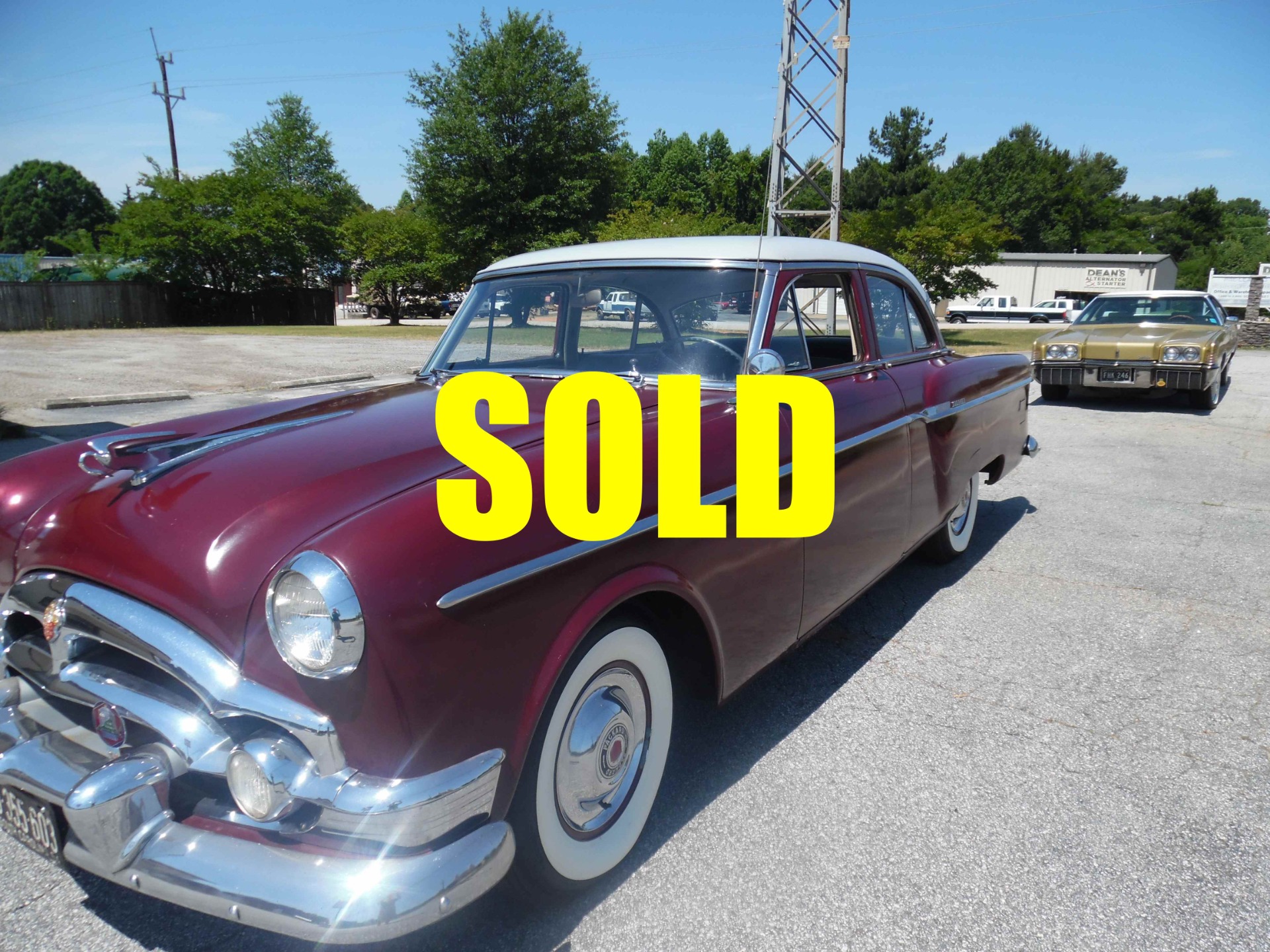 This is a rare collector car as only 7,610 Packard Clipper Deluxe models were built for the 1954 year. How many are still around today?

Packard introduced the new 4-door Clipper Special model in March of 1954. The new line now had more curved rear fenders with a fishtail design, a Packard medallion at the base of the roof pillar, new headlight rims, an emblem on the rear fender sides with Packard in script lettering, and more modern taillights.

This 1954 Packard Deluxe is very special. It is a Historical Preservation Award Winner. All original, this car presents very well. It is unusual to find an authentic survivor car such as this one.

The exterior is Matador Maroon with a pale blue top, one of the color combinations of that year. The chrome is in very good condition. Tires are brand new Coker wide white tires.

Engine is  the Factory  327 CID Inline 8 (and denoted on VIN)  and paired with the Ultramatic automatic transmission.

The mechanics are in this Packard Deluxe are very sound. New are the brakes all the way around, the muffler, and California cover and lots of spare parts.

This car resides in SC and available for viewing by appointment. Owner will consider trades, especially for a late 1960-early 1970's Mustang convertible. 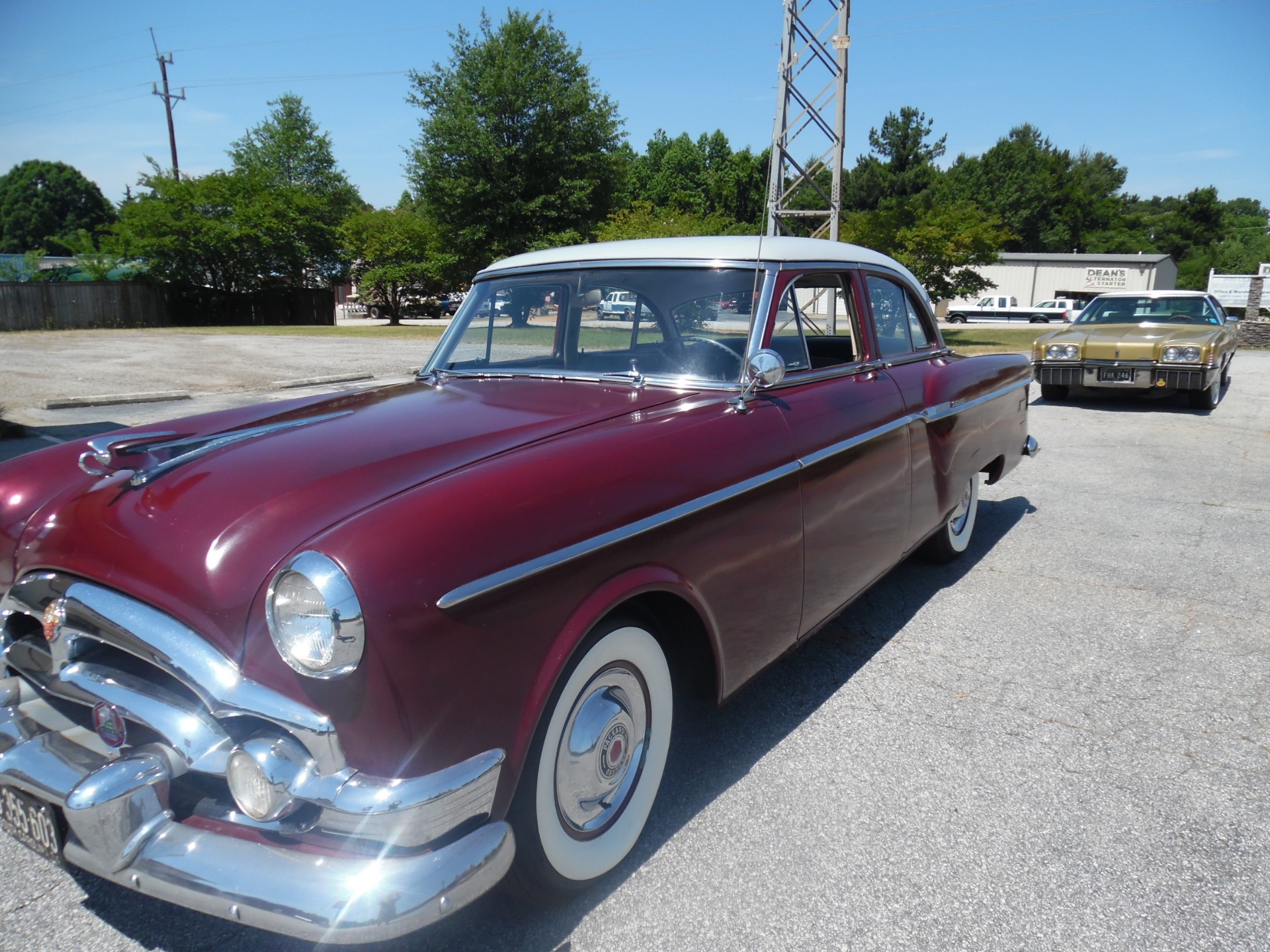 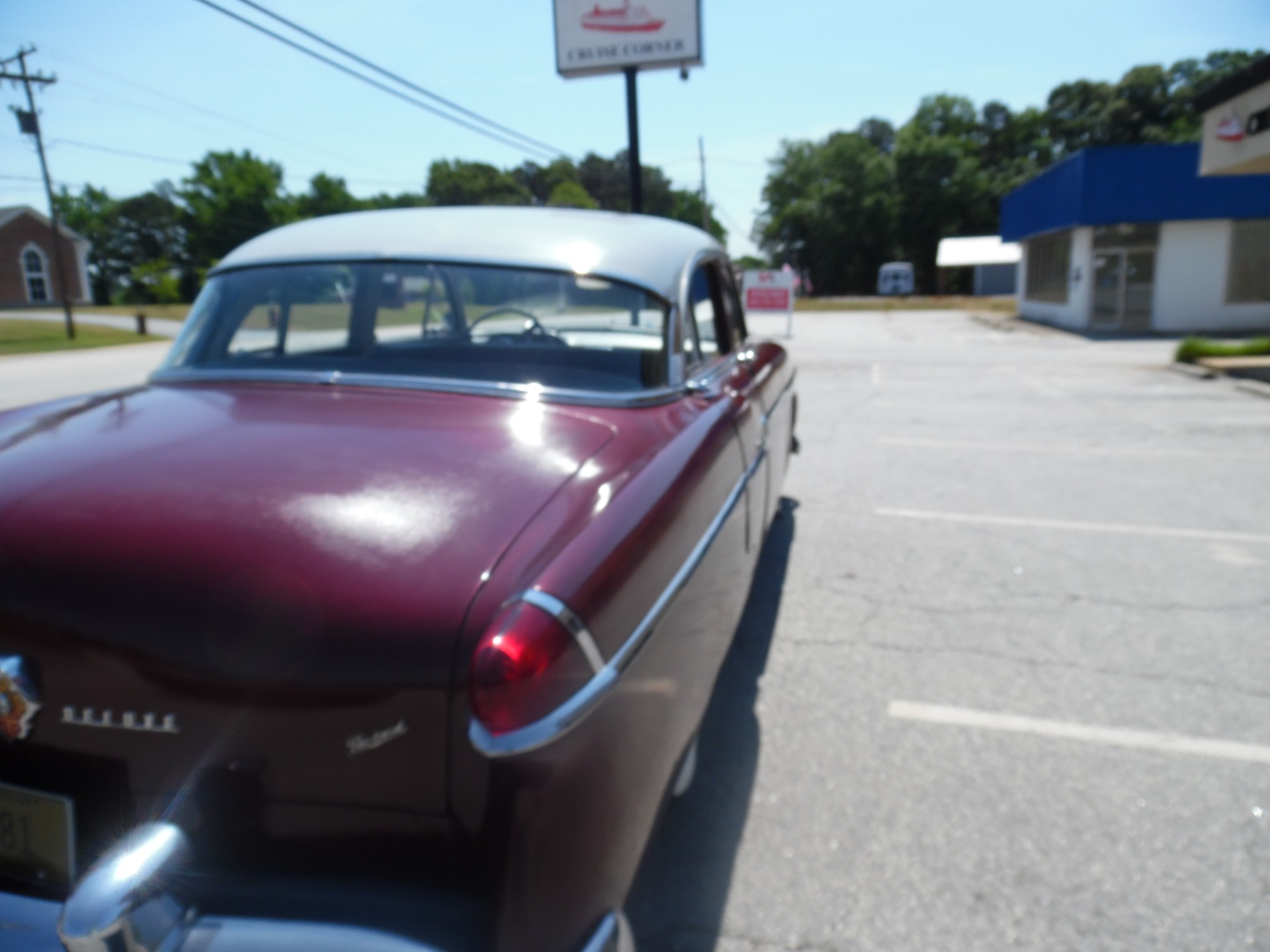 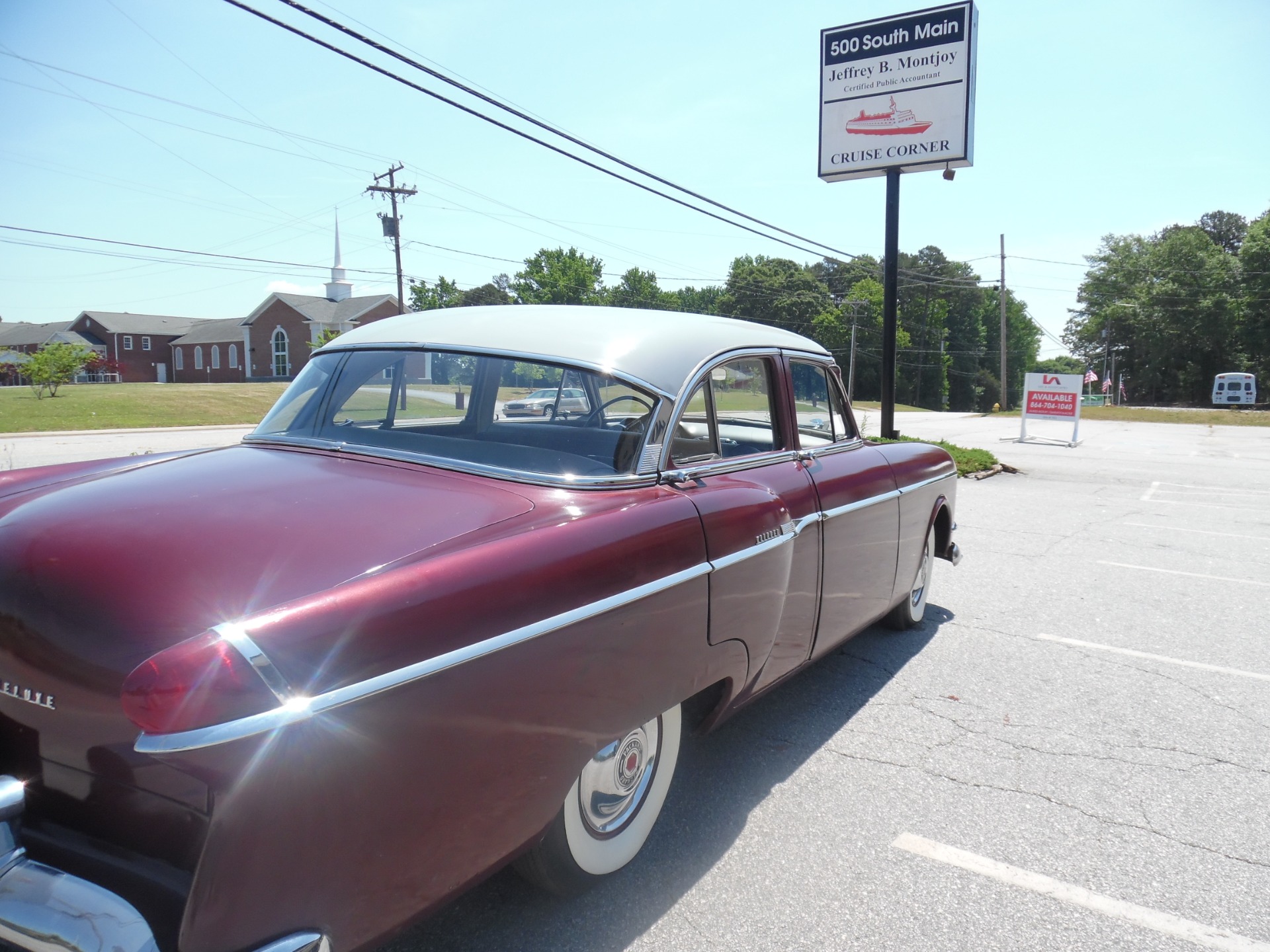