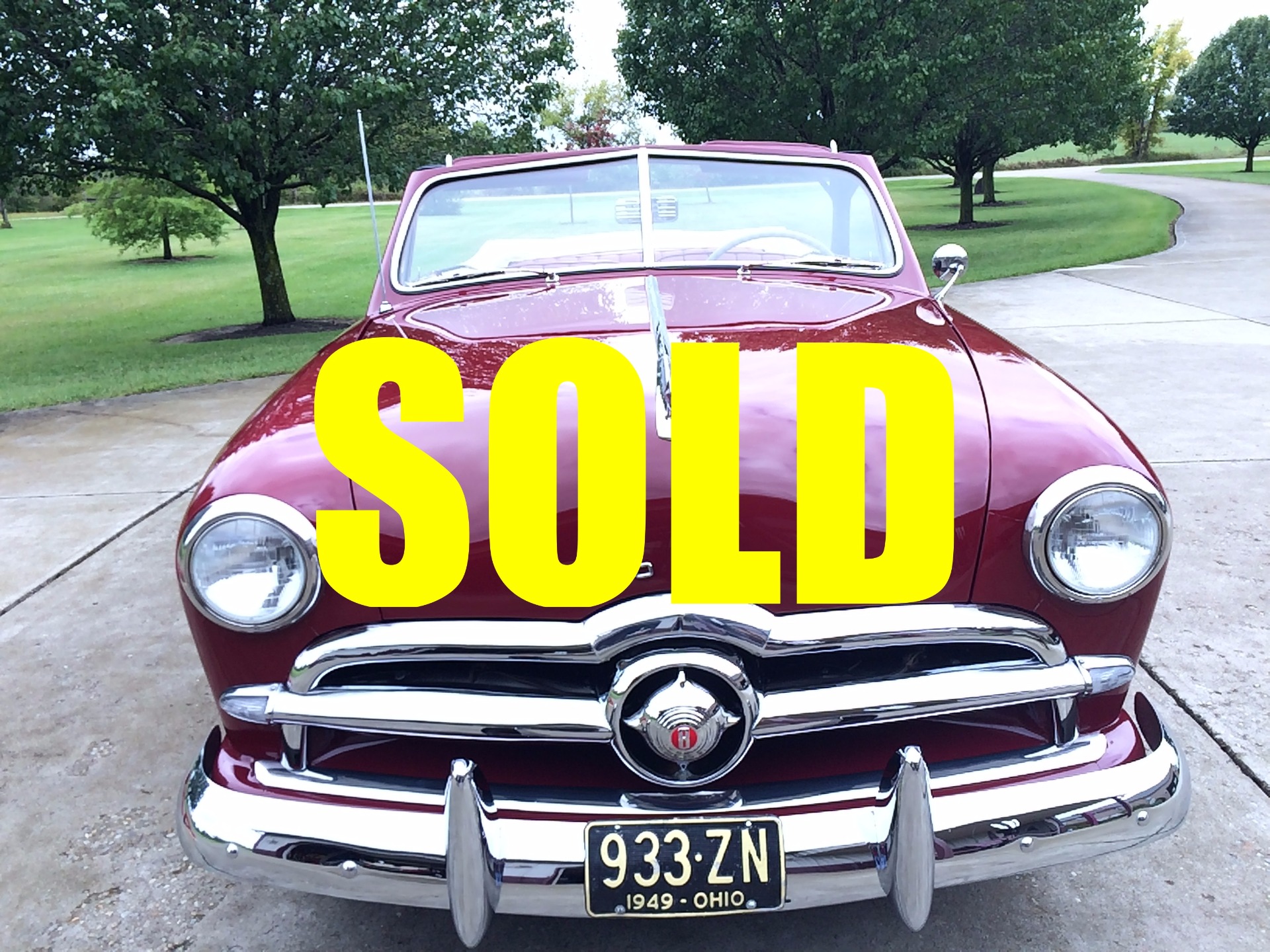 1949 was a significant year for Ford Motor Company with the first series offered since the end of World War II. It is the ultimate example of the American automobile as the 1950 era began. Ford offered two series for 1949, a base and a custom series, both of which offered either a six or eight cylinder engine. The Deluxe Series offered the convertible in addition to the sedans and coupes.

This is an excellent 1949 Ford convertible that has been fully restored with a frame off restoration. Everything is new and NOS parts. The paint is Midland Maroon and it is in excellent condition. All chrome and trim is new. The top is light beige and brand new.

Engine is the original flathead V8 and exhibits the correct 8BA numeral markings. It has been rebuilt. The transmission is a 3-speed manual with overdrive and a column shift and it was also rebuilt.

An entire binder contains the receipts and photos of the extensive documentation on this 1949 Ford.  This car has received numerous trophies at local shows. The current owner spared no expenses bringing this car to a spectacular level. Less than 600 miles have been driven since the restoration.

This great 1949 Ford Deluxe convertible is located in Ohio. It is available for viewing by appointment. 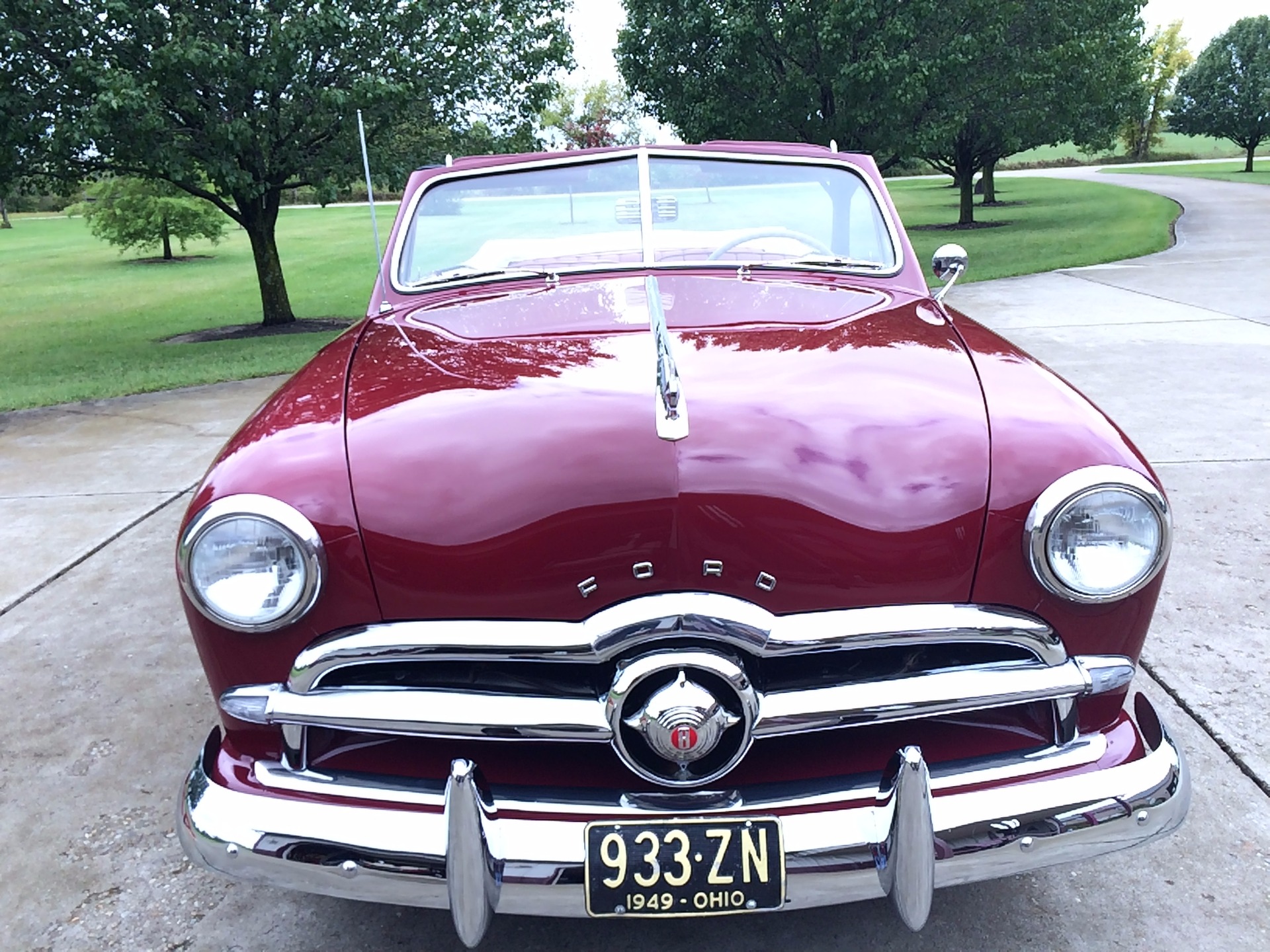 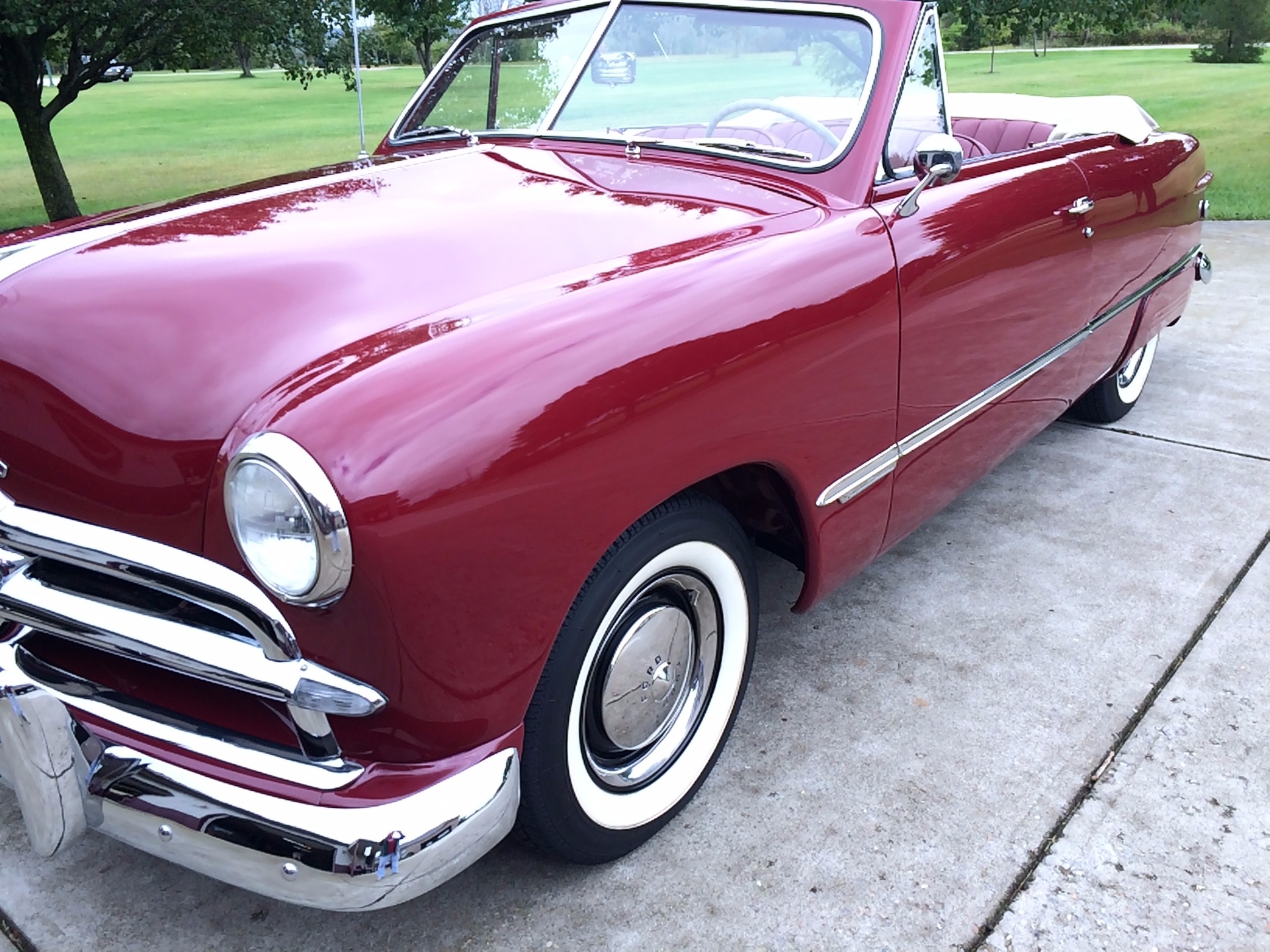 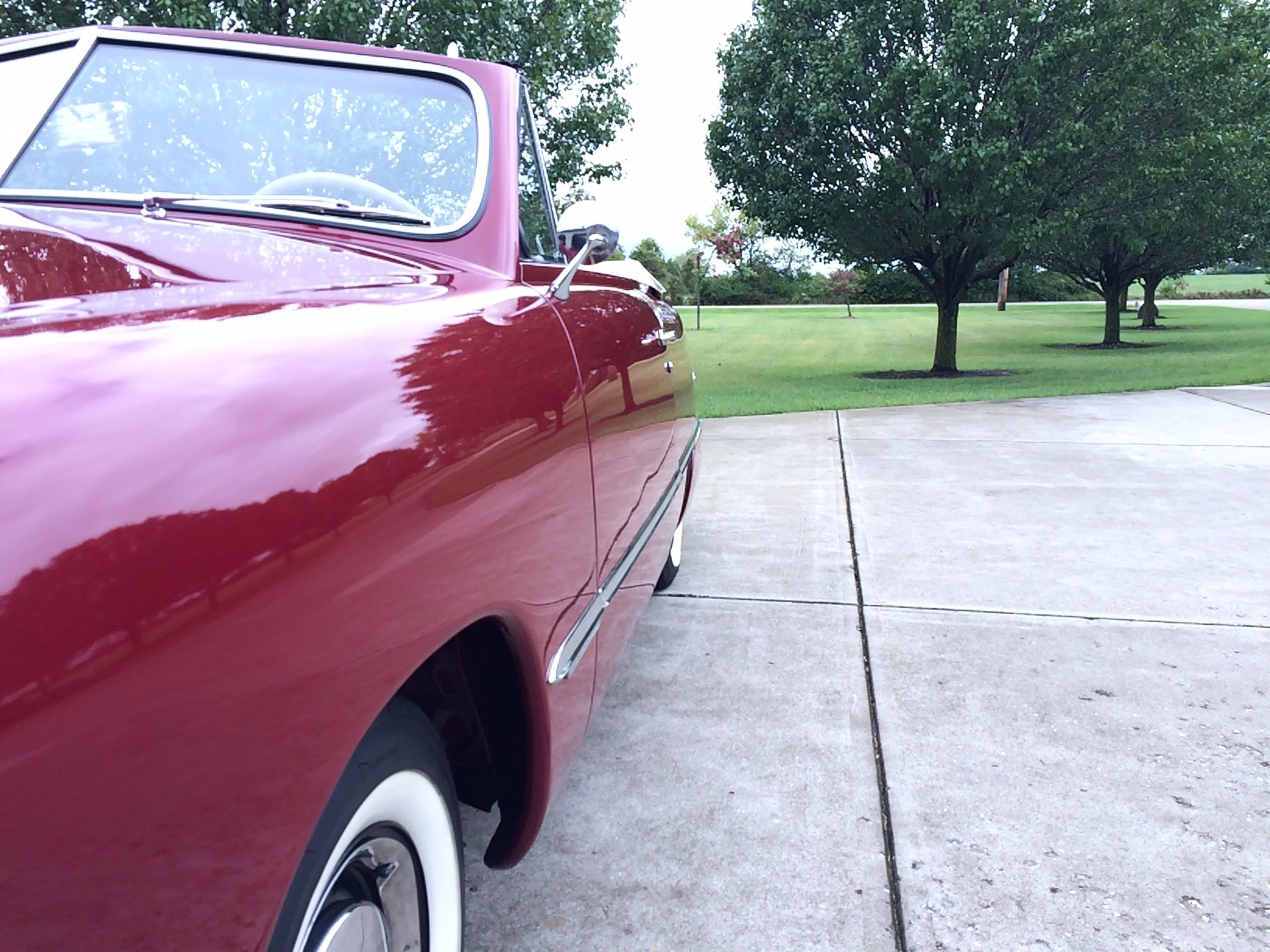