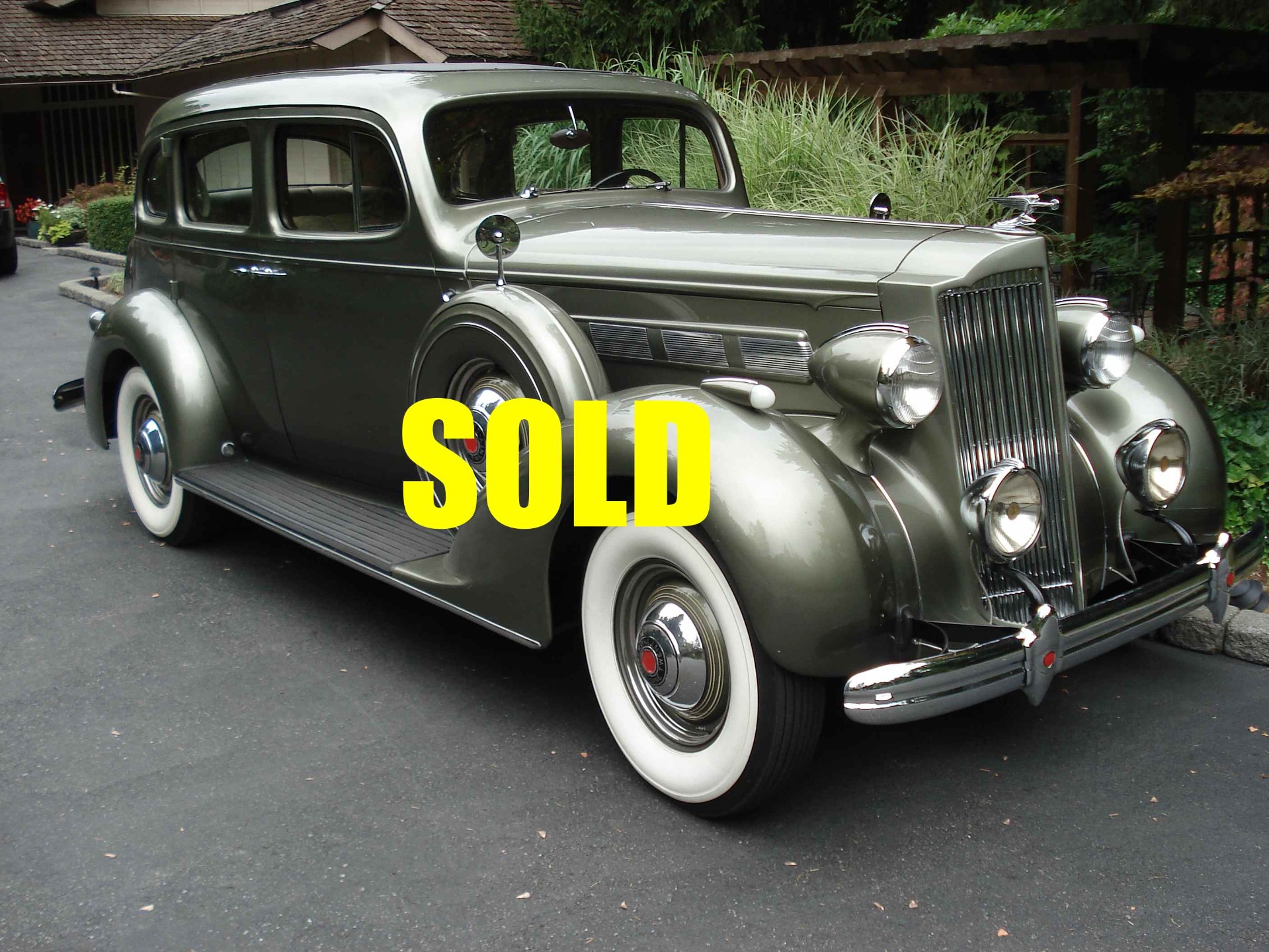 The 1937 Packard 120 was an important car as it was the first Packard model introduced into the 8-cylinder auto market. At that time, automobile manufacturers were highly competitive in the mid-priced market as the Great Depression was taking its toll on the industry and that was mostly on the higher priced models and lower priced models as well. The timing was perfect for a mid-cost 120 which was offered in numerous body styles.

This 37 Packard is an excellent example of a great collector car that has been cared for by the owner for 46 years now. He purchased the car in California in 1973.
The exterior has new paint with beautiful greenish-silver color and all chrome on the exterior is newly refinished. The hood ornament is the mid-30s Goddess of Speed-- a woman with wings holding a tire outstretched in her arms. This owner added a luggage rack in the rear. Trunk also has a new 120 emblem. Mirrors are installed on the side mounts.
Interior has been upgraded to a brand new Super 8 leather including the back seat, front door arm rests, and rear folding arm rest. The Banjo steering wheel is new as well. All interior trim was re-chromed.

Options include turn signals front and rear, clock, radio, heater and illuminated running boards and overhead light when doors are opened.
The 282 CID/120HP 8-cylinder engine has been overhauled and a new radiator core was installed. Transmission is the original 3-speed.

Other new items to note are: new rear wheel bearings, new electric coil, new tire inside mounts and spare in the trunk.

Car resides in Washington outside of Seattle and is available for viewing by appointment to serious buyers. 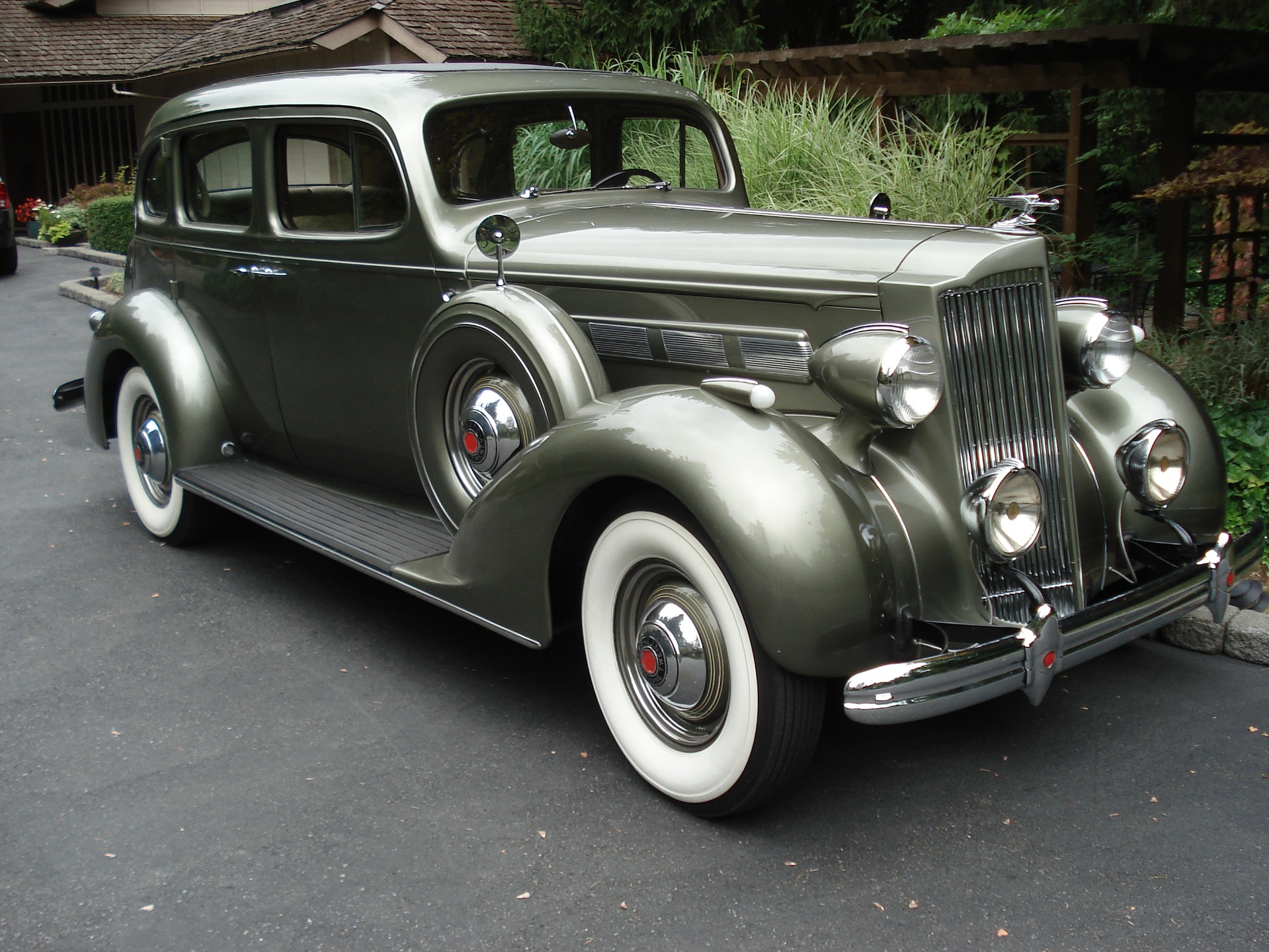 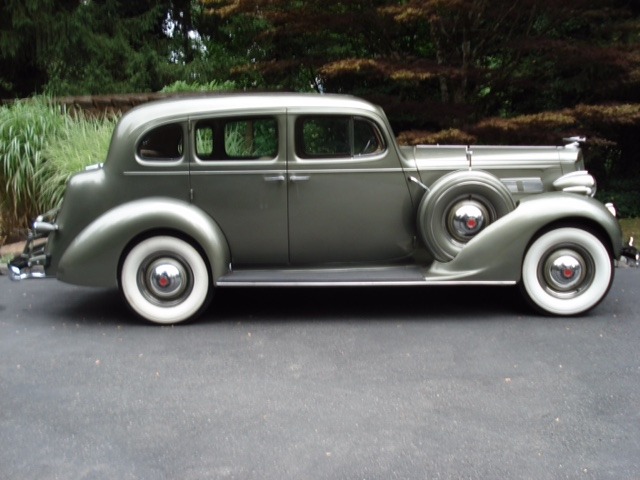 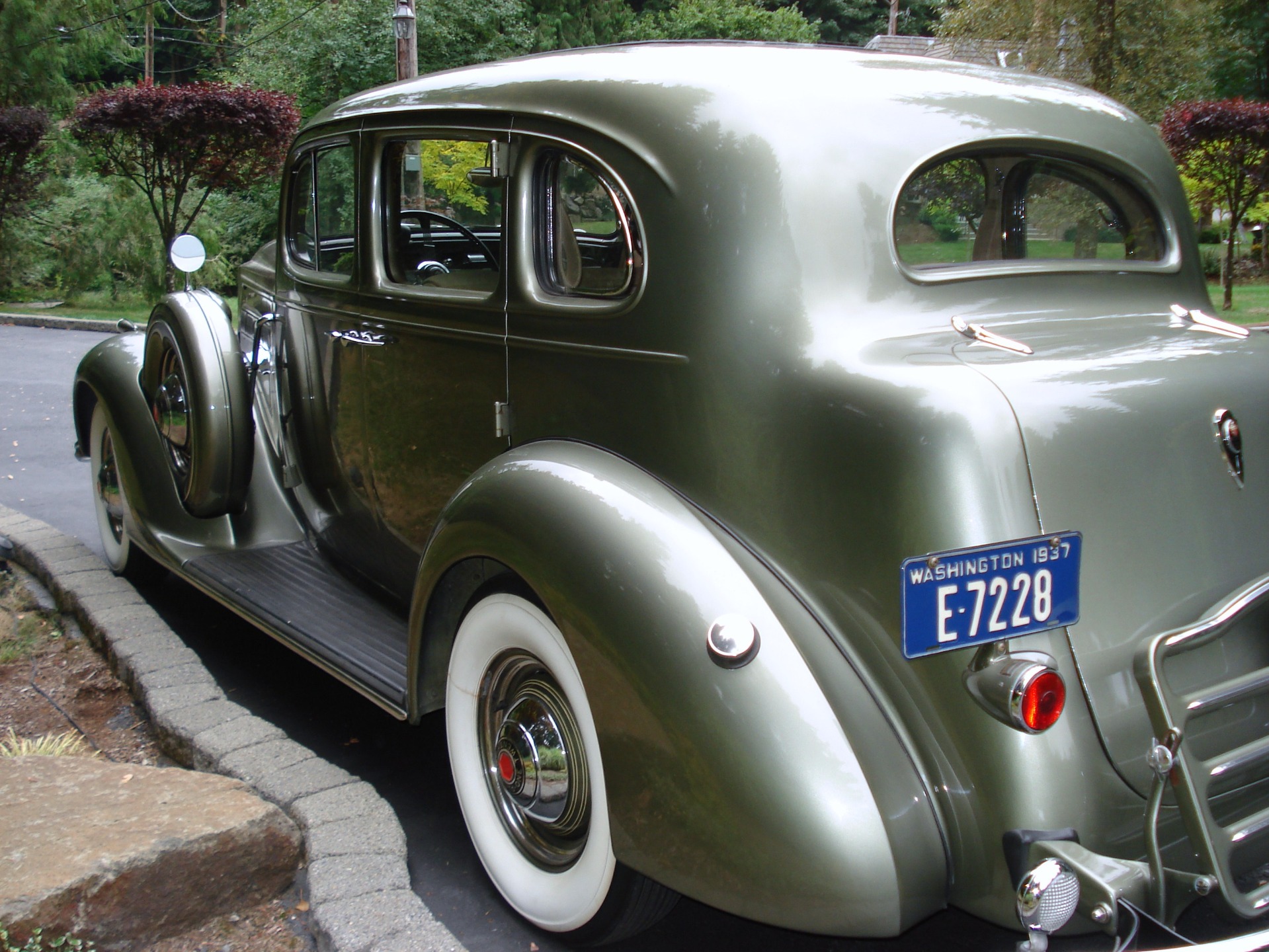